Listen to the Audio above!

Sex differences in risk seeking behaviour, emergency hospital admissions, and mortality are well documented. However, little is known about sex differences in idiotic risk taking behaviour. This paper reviews the data on winners of the Darwin Award over a 20 year period (1995-2014). Winners of the Darwin Award must eliminate themselves from the gene pool in such an idiotic manner that their action ensures one less idiot will survive. This paper reports a marked sex difference in Darwin Award winners: males are significantly more likely to receive the award than females (P<0.0001). We discuss some of the reasons for this difference.

However, there is a class of risk—the “idiotic” risk—that is qualitatively different from those associated with, say, contact sports or adventure pursuits such as parachuting. Idiotic risks are defined as senseless risks, where the apparent payoff is negligible or non-existent, and the outcome is often extremely negative and often final.

According to “male idiot theory” (MIT) many of the differences in risk seeking behaviour, emergency department admissions, and mortality may be explained by the observation that men are idiots and idiots do stupid things.16 There are anecdotal data supporting MIT, but to date there has been no systematic analysis of sex differences in idiotic risk taking behaviour. In this paper we present evidence in support of this hypothesis using data on idiotic behaviours demonstrated by winners of the Darwin Award.17 18 19 20 21

Winners of the Darwin Award must die in such an idiotic manner that “their action ensures the long-term survival of the species, by selectively allowing one less idiot to survive.”20 The Darwin Awards Committee attempts to make a clear distinction between idiotic deaths and accidental deaths. For instance, Darwin Awards are unlikely to be awarded to individuals who shoot themselves in the head while demonstrating that a gun is unloaded. This occurs too often and is classed as an accident. In contrast, candidates shooting themselves in the head to demonstrate that a gun is loaded may be eligible for a Darwin Award—such as the man who shot himself in the head with a “spy pen” weapon to show his friend that it was real.18

To qualify, nominees must improve the gene pool by eliminating themselves from the human race using astonishingly stupid methods. Northcutt cites a number of worthy candidates.17 18 19 20 21 These include the thief attempting to purloin a steel hawser from a lift shaft, who unbolted the hawser while standing in the lift, which then plummeted to the ground, killing its occupant; the man stealing a ride home by hitching a shopping trolley to the back of a train, only to be dragged two miles to his death before the train was able to stop; and the terrorist who posted a letter bomb with insufficient postage stamps and who, on its return, unthinkingly opened his own letter.

Data for the 20 year period from 1995 to 2014 were obtained from the Darwin Awards (http://darwinawards.com). Nominations for a Darwin Award are evaluated according to five rigorous selection criteria: death, style, veracity, capability, and self selection.20

The Darwin Awards are open to all ethnic groups, cultures, and socioeconomic groups.

We reviewed all Darwin Award nominations, noting the sex of the winner. Our analysis included only confirmed accounts verified by the Darwin Awards Committee. Urban legends and unverified accounts were excluded. Honourable mentions—worthy examples of idiotic behaviour not resulting in elimination from the gene pool—were also excluded from the analysis. Examples include the man who slipped when using a belt sander as an auto-erotic device and lost a testicle. Repairing his scrotum with a staple gun, he was able to salvage his remaining testicle thus failing to eliminate himself completely from the gene pool.17 18 19 20 21

A χ2 test was performed comparing the observed distribution of male and female award winners with the expected numbers under the null hypothesis of no sex difference. For the statistical analysis, we excluded those awards shared by both sexes—usually couples. This meant that under the null hypothesis we assumed Darwin Awards were equally likely to be awarded to males and females according to their approximate distribution in the overall population (50:50). Statistical tests were performed using the SPSS statistical analysis system version 19.

This paper reports marked sex differences in the distribution of Darwin Award winners, with males much more likely to receive an award. This finding is entirely consistent with male idiot theory (MIT)16 20 and supports the hypothesis that men are idiots and idiots do stupid things.

However, this study has limitations. One of the weaknesses is the retrospective nature of the data collection. One alternative explanation for the marked sex difference in Darwin Award winners is that there is some kind of selection bias. Women may be more likely to nominate men for a Darwin Award, or there may be some selection bias within the Darwin Awards Committee. In addition, there may be some kind of reporting bias. Idiotic male candidates may be more newsworthy than idiotic female Darwin Award candidates.

Despite these limitations there can be little doubt that Darwin Award winners seem to make little or no real assessment of the risk or attempt at risk management. They just do it anyway. In some cases, the intelligence of the award winner may be questioned. For example, the office workers watching a construction worker demolishing a car park in the adjacent lot must have wondered about the man’s intelligence. After two days of office speculation—how does he plan to remove the final support to crash the car park down safely?—they discovered, on the third day, that he didn’t have a plan. The concrete platform collapsed, crushing him to death and flattening his mini-excavator.

In addition, alcohol may play an important part in many of the events leading to a Darwin Award. It is conceivable that the sex difference is attributable to sociobehavioural differences in alcohol use. Anecdotal data support the hypothesis that alcohol makes men feel “bulletproof” after a few drinks, and it would be naïve to rule this out. For example, the three men who played a variation on Russian roulette alternately taking shots of alcohol and then stamping on an unexploded Cambodian land mine. (Spoiler alert: the mine eventually exploded, demolishing the bar and killing all three men.) Unfortunately the data on alcohol consumption are incomplete and do not permit testing for sex differences after adjustment for differences in alcohol consumption between the sexes.

While MIT provides a parsimonious explanation of differences in idiotic behaviour and may underlie sex differences in other risk seeking behaviours, it is puzzling that males are willing to take such unnecessary risks—simply as a rite of passage, in pursuit of male social esteem, or solely in exchange for “bragging rights.” Northcutt invokes a group selectionist, “survival of the species” argument, with individuals selflessly removing themselves from the gene pool. We believe this view to be flawed, but we do think this phenomenon probably deserves an evolutionary explanation. Presumably, idiotic behaviour confers some, as yet unidentified, selective advantage on those who do not become its casualties. Until MIT gives us a full and satisfactory explanation of idiotic male behaviour, hospital emergency departments will continue to pick up the pieces, often literally.

We believe MIT deserves further investigation, and, with the festive season upon us, we intend to follow up with observational field studies and an experimental study—males and females, with and without alcohol—in a semi-naturalistic Christmas party setting.

This is an Open Access article distributed in accordance with the Creative Commons Attribution Non Commercial (CC BY-NC 4.0) license, which permits others to distribute, remix, adapt, build upon this work non-commercially, and license their derivative works on different terms, provided the original work is properly cited and the use is non-commercial. See: http://creativecommons.org/licenses/by-nc/4.0/. 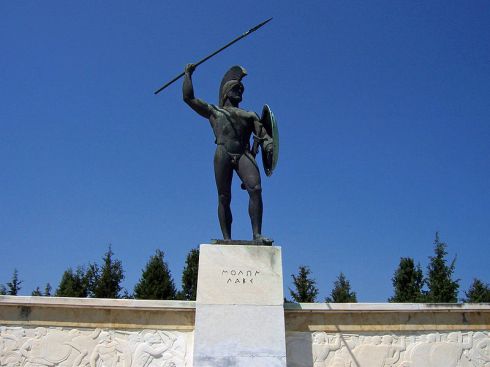 Stupidity is demonstrated by people lacking the knowledge they could achieve

“In arguments about moral problems, relativism is the first refuge of the scoundrel.” Roger Scruton

Antisemitism is when one blames the Jews or Israel for issues, he does not blame others

Islam is less a religion and more a totalitarian society, an ideology that demands absolute obedience and tolerates no dissent, no criticism, and prohibits the thinking, knowledge and recognition. True Islam is totally different, the one who will find it will receive a very high reward.

Craziness is, when one always does the same but expects a different outcome

If a monkey thinks “I am a monkey”, then it is already a human

A man with roots should go for a pedicure

Self smugness leads to idiocy, being pissed off leads to enlightenment

Addiction is, when somebody does something he wants to do, yet seeks someone who can make it so he won’t do it and doesn’t want to, either.

If the clever people always gave in, the world would be reigned by idiots. Too much “cleverness” makes you stupid.

If one only fights evil to protect life, one produces nothing good at all and such a life then becomes no longer worth living and thus requires no protection, for it is already unlived due to such a total protection. One can spend so much money on insurance, that one has nothing left to insure. Safety works in the same way.

Happy slaves are the worst enemies of freedom.

Creativity is an intelligence having fun.

If working makes you sick, fuck off, leave the work!

If Germans talk about morality, they mean money.

A man without an insight is just an anxious, aggressive, unhappy monkey.